Are You Thinking of Majoring in Mathematics?

As the days go by, people still wonder what course will be better for them. As to you will be relevant in every dimension is the question many students ask. Many people go for mathematics not just because of the love of it but the increasing relevance of it in every industry and institution.

Mathematics in essence is the science which studies theories of numbers, structure (which can also be referred to as algebra), quantity, change (the analysis of mathematical theories) and space (which is also known as geometry) as abstract concepts which is referred to as pure mathematics or in some fields such as physics and engineering in an applied form which is also known as applied mathematics. Those who study mathematics, especially to the higher level in education and practice are called mathematicians. Mathematicians seek to devise new assumptions using patterns to resolve truths of falsehoods of such by mathematical proof.

The development of mathematics was from measurement, calculation, counting and the systematic study of the motions and shapes of physical objects. Mathematics can be used to predict about nature and provide insight when the structures of mathematics become well sculpt of authentic phenomena. Until the renaissance (when mathematical inventions side with the scientific research), mathematics grew at a very slow pace. Mathematics has been a needful course to many fields of education which includes medicine, social sciences, finance, engineering and natural science.

Mathematics as a subject is a broad field that has two phases, applied mathematics, and pure mathematics.

Applied mathematics on the other hand consisted of differential equations, principally of applied analysis, approximation theory which includes representations, variational methods, numerical analysis, and asymptotic methods. These mentioned areas of mathematics directly relate to the progression the Newtonian physics. Before the mid – 19th century, there was not a sharp distinction that could be drawn between mathematicians and physicists. The use of mathematical methods by different fields such as biology, business, engineering, computer science, medical physics, and computer science is applied mathematics. Applied mathematics is also the professional specialization by mathematicians in the studying and formulation of mathematical models to work on practical problems.

In time past, the development of mathematical theories has been the motivation behind the practical applications. After some time, abstract concepts were studied for their own sake and that set the emergence of pure mathematics. The action of applied mathematics is the close research into pure mathematics.

After studying mathematics at a university or college, you have a lot of diverse career opportunities for you which are also lucrative. There are diverse opportunities for graduates of mathematics whether in pure mathematics or applied mathematics which includes the following; statistician, actuary, banker, finance accountant, academia and research, meteorology, engineering, and many more. Some of these careers will be talked about here. 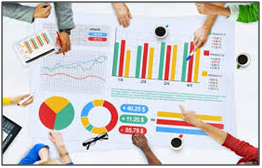 Statisticians are mathematical scientists who use applied statistics and theoretical statistics. They are found in both the public and private sectors. They work as statistical consultants and also as employees to combine statistical knowledge with skills in other fields. They collaborate with scientists to give mathematical representations, evaluate experimental results, calculate prospect events, simulations, randomizing sampling plans, and scheming randomized experiments. They also interpret data in an approach that can update managerial and industry tactics. They identify relationships and trends in data, assist management in decision making on the basis of their knowledge and research, communicate result results to stakeholders, design processes for the collection of data, collect, analyze and interpret data.

Actuaries are business professionals and experts of actuarial science who deal with the measurement and the management of risk and uncertainty. They are trained to manage liability provide assessments of security systems as they have complex skills mathematical knowledge and their mechanisms. Actuaries are one of the most desirable and the number one ranked profession in the mathematical field about two times as of 2010. 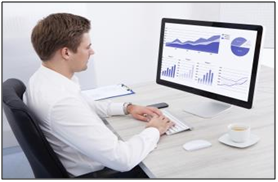 Experts of actuarial science-primarily work with mathematical skills which basically in mathematical statistics and calculus-based probability, also in computer science, business, finance, and economics. This has made actuaries so much needed in the insurance companies, at the Government Actuary’s Department and the Social Security Department.

Financial Accountants are experts in finance and accounting who budget, perform internal audits, and manage tax payments. They act as consultants for senior managers, conduct revenue analysis, and cost. They see to it that all the accounting transactions of the institution conform to the law and hold up the company’s investments.

7 Tips to Help Students Prepare for Their Careers
May 8, 2021

7 Tips to Improve the Career Skills for Students
May 8, 2021

Cyber Security Awareness for College Students: 7 Things to Do Now
May 8, 2021